A Pox on the Phoney Prince of England 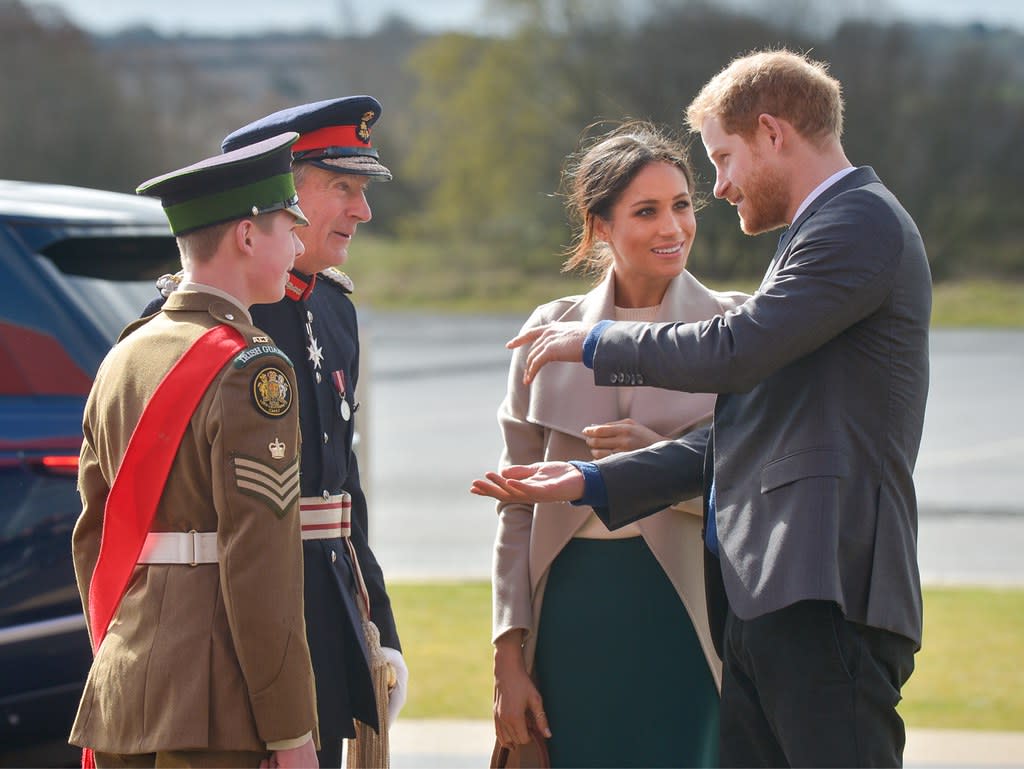 ‘Prince’ Harry has become more than a mere embarrassment and has crossed the line into a full-blown liability.

First of all, has anyone broken it to Meghan that Harry probably has zero royal blood; that he is a cuckoo in the nest? Doesn’t seem like it. It’s rarely spoken of. Regardless of his questionable paternity, (for Diana Spencer was an adulterous cheat) Harry has become a complete and utter nuisance. Practically everything he says and does, now, is at odds with the dignity and majesty of his estranged family. Rarely, if ever, have I felt sorry for the royal family; but with regard to the Harry question, I can’t help but sympathise with their plight.

All that changed overnight, apparently, once Miss Meghan Markle arrived on the scene. Harry seemed to abandon the persona of a personable cheeky-chappy, and replace it with a smooth-brained character vacuum.

That Markle witch really did a number on him; twisted him up like a pretzel and spat him out to confront the world anew, now a clockwork automaton, more sound-bite than man.

What a truly vile creature she is. What a wrong-headed, know-nothing, race-baiting, gold-digging, amoral scumbag.

At first blush, it might seem that there would be clear and obvious comparisons between Meghan Markle and Wallace Simpson. A mildly attractive American divorcee whom a senior member of the royal family fell head over heels in love with, and was therefore prepared to abandon all duties and affiliations to The Crown, in order to maximise their marital bliss, devoid of responsibility.

Beyond these superficial similarities, they actually share very few things in common. Edward was King, albeit uncoronated, whereas Harry was never in the direct line of succession. Mrs Simpson was modest and unopinionated, whereas Markle is a lunatic press-fiend. Both Edward and Mrs Simpson were prepared to keep fairly low profiles once they left The Palace behind, whereas both Harry and Meghan seem hell-bent on keeping themselves in the news cycle as often as possible, regardless and despite how much reputational damage they leave in their wake.

Most British people, I’d venture to say, even those luke-warm on the very concept of monarchy, find all of this very distasteful. More than distasteful, really; gross. Like the smell of an abattoir, or hearing a dog being tortured, or the sight of Lizzo. Just an utterly revolting spectacle.

How did this happen to Harry? What went wrong? Well, I would argue he has always been a weak and stupid person. I think he has zero moral fortitude. What a thorough embarrassment to be so clearly, so obviously dominated by your own wife. Relationships with that dynamic, i.e., when one person calls all the shots, are unhealthy and almost certainly doomed. The junior partner will inevitably feel resentful at being treated like a child, while the more dominant partner will end up despising the very same weakness they first came to enjoy at the beginning of the relationship.

It’s certain that Mrs Simpson very keenly felt the guilt of having been party to interrupting the royal succession. What a burden that must have been for her. Poor woman. Yet I feel no such empathy for Meghan. Meghan the liar. Meghan the hypocrite. Meghan the Queen of insane racist progressivism. The most disgusting thing this couple does is try to drum up sympathy for their lot in life, to lecture others about privilege. What a revolting thing to do. This particular stripe of nonsense will not be forgotten quickly, hopefully not forgotten at all.